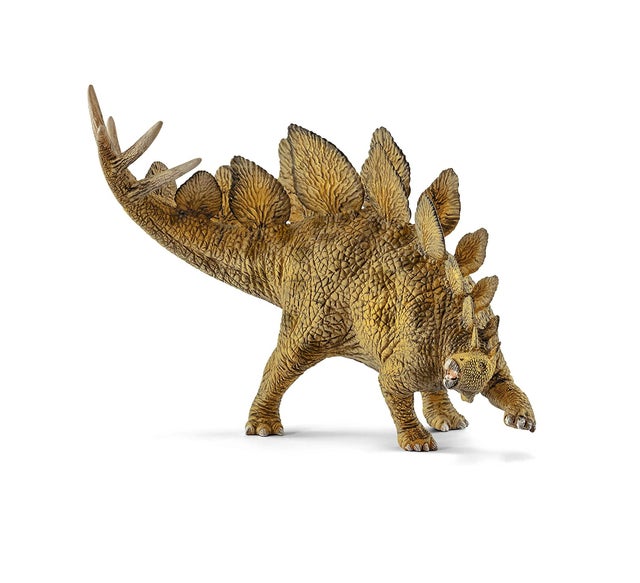 The Stegosaurus was about as big as a coach: up to nine metres long and four metres high. For a long it was regarded as the least intelligent dinosaur, because its brain was hardly bigger than a ping-pong ball. It only weighed 80 grams with a body weight of 4.5 tonnes. Today, it is believed that it had a kind of "second brain" in the base of its tail. Although it was a herbivore and subsisted on low growing ferns, its teeth were far too pointed for chewing – they were similar to small saw blades. It swallowed stones in order to shred the plants in its stomach.