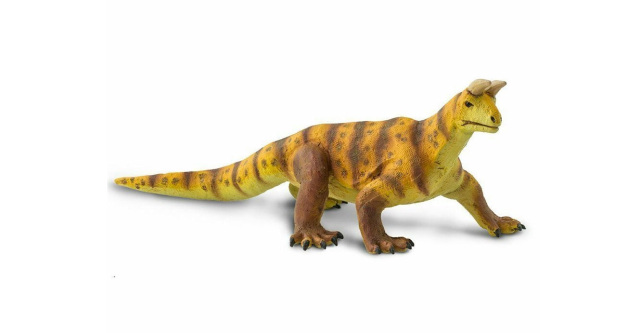 Shringasaurus was first formally described in 2017 from bones of several individuals discovered in India. Shringasaurus was not a dinosaur, but rather a “basal” Archosauromorph – an early example of the group of reptiles that would eventually lead to the evolution of crocodiles, dinosaurs, birds and their relatives.

The teeth of Shringasaurus point to a plant-based, or herbivorous, diet. It is believed that the horns on its head may have only been present in males, like many modern horned animals, and that they may have used them in combat to impress a potential mate.