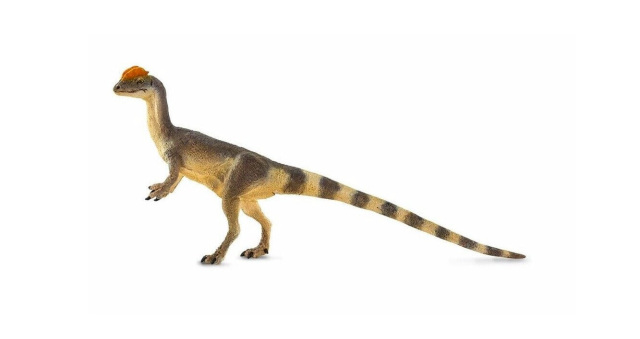 The first remains of Dilophosaurus were discovered by Jesse Williams, a Navajo, in the Navajo County of Arizona, in 1940. The dinosaur would later be described formally in 1954 by paleontologist Samuel P. Welles, though he believed it to be a species of Megalosaurus. Later, in 1964, Welles discovered new remains that showed Dilophosaurus’s distinctive head crests, and named it after them upon realizing this was not a Megalosaurus.

Unlike its appearance in movies and other pop culture, there is no fossil evidence that suggests Dilophosaurus sported a frill, or was able to spit venom.