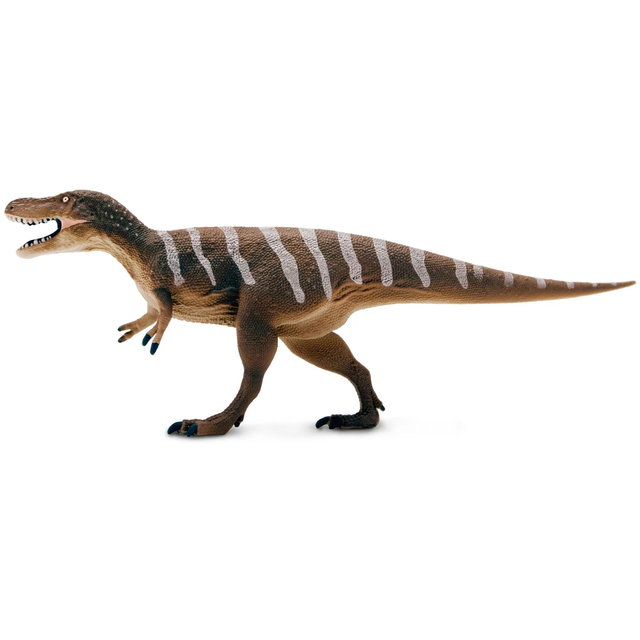 Straight from the feature length Dino Dana film comes Nanotyrannus, the mini-tyrant dinosaur! Was this dino its own unique genus, or a juvenile Tyrannosaurus Rex? Dino Dana: The Movie explores this question, and you can learn about different dinosaur growth stages with this officially licensed dino toy!

Characteristics: This Nanotyrannus toy appropriately resembles a smaller version of T-Rex, since it's quite likely it represents a younger version of that famous dinosaur. Scientists have been divided on the validity of Nanotyrannus as its own genus, but most now believe it to be a juvenile stage of Tyrannosaurus. Its design and coloration are true to the look from the Dino Dana movie, with a reddish brown body and white stipes along its length. But that's not all - by using your phone to scan the QR code on the figure’s hangtag and downloading the Dino Dana app, you can scan the figure’s barcode to make this Nanotyrannus "come alive" in an Augmented Reality environment!