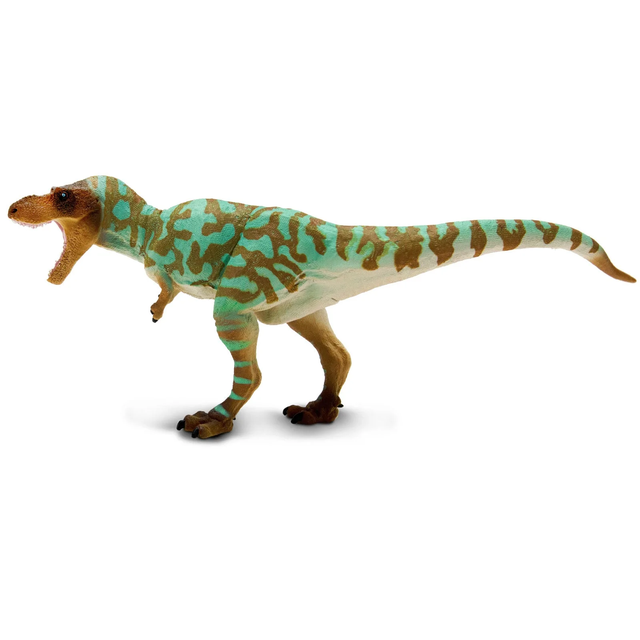 This relative of Tyrannosaurus Rex was smaller and more lightly built, but it was still a formidable predator of the Late Cretaceous Period. Found in what is now Alberta, Canada, some scientists believe Albertosaurus may have hunted together in packs.

Characteristics: This dinosaur toy is an accurate and highly detailed figure showing what Albertosaurus may have looked like in life. It is similar to T-Rex, its cousin who lived a few million years later, but slimmer and smaller. This Albertosaurus has a speculative pattern of brown and aqua coloration, which might have been something the dinosaur could have used to camouflage amongst the plants and foliage of its habitat.

Size: Though smaller than the Tyrannosaurus, this Albertosaurus toy is still a sizable figure at almost 10 inches in length from nose to tail. It stands just over 3 inches tall.